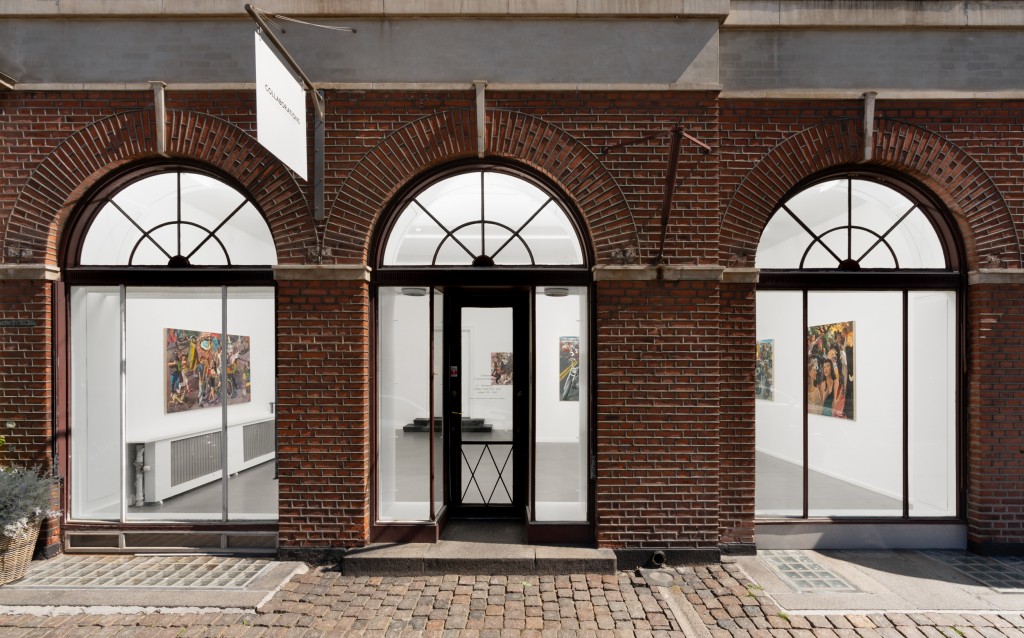 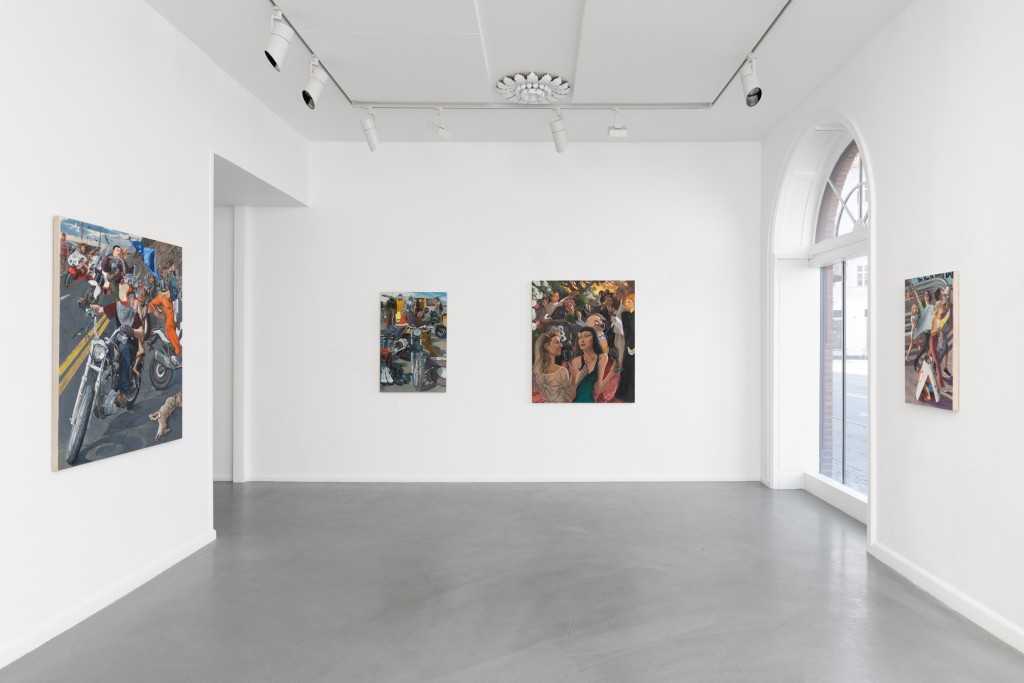 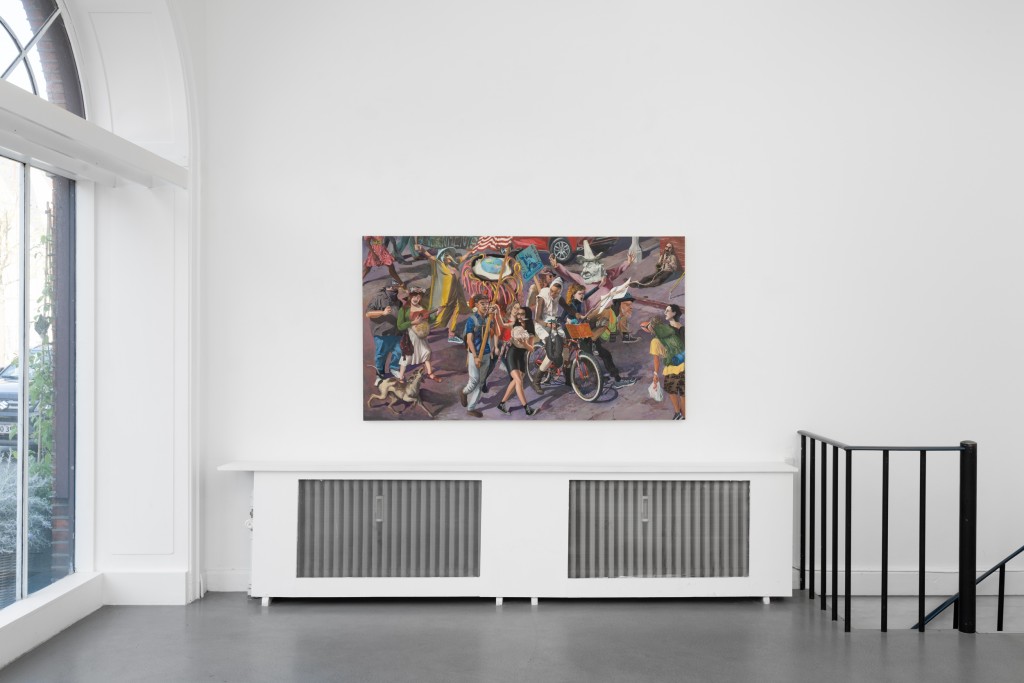 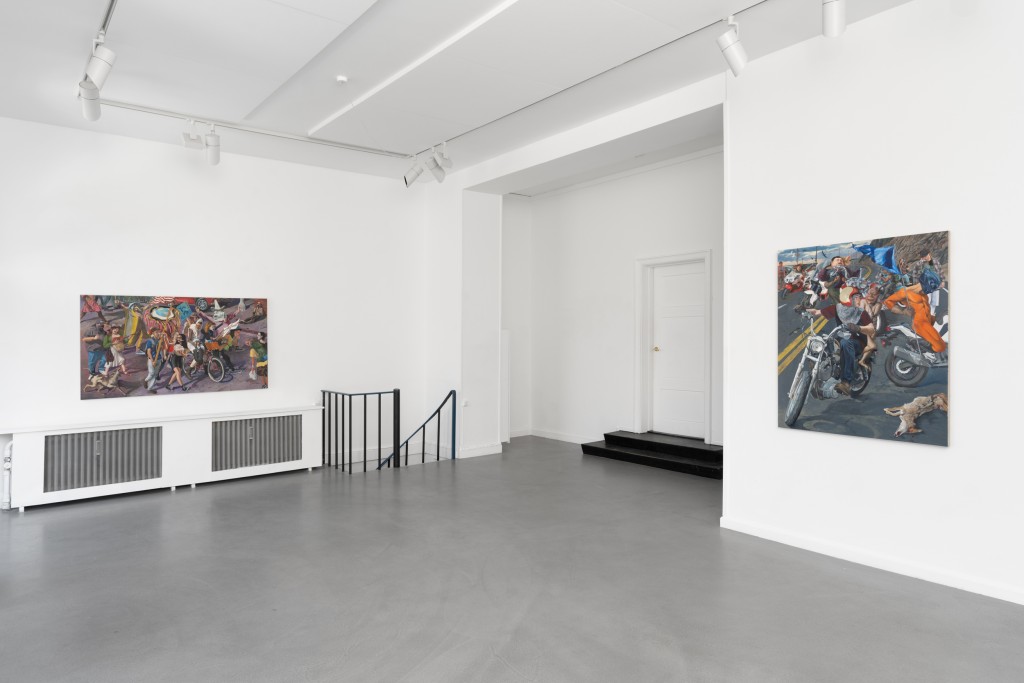 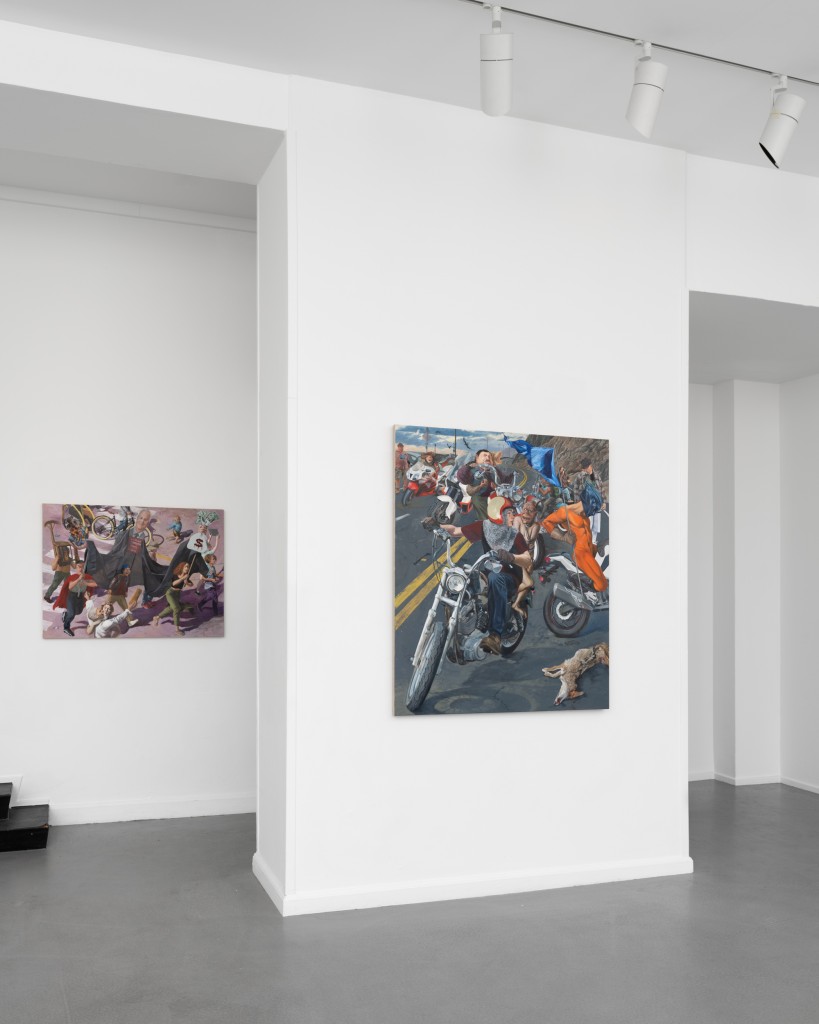 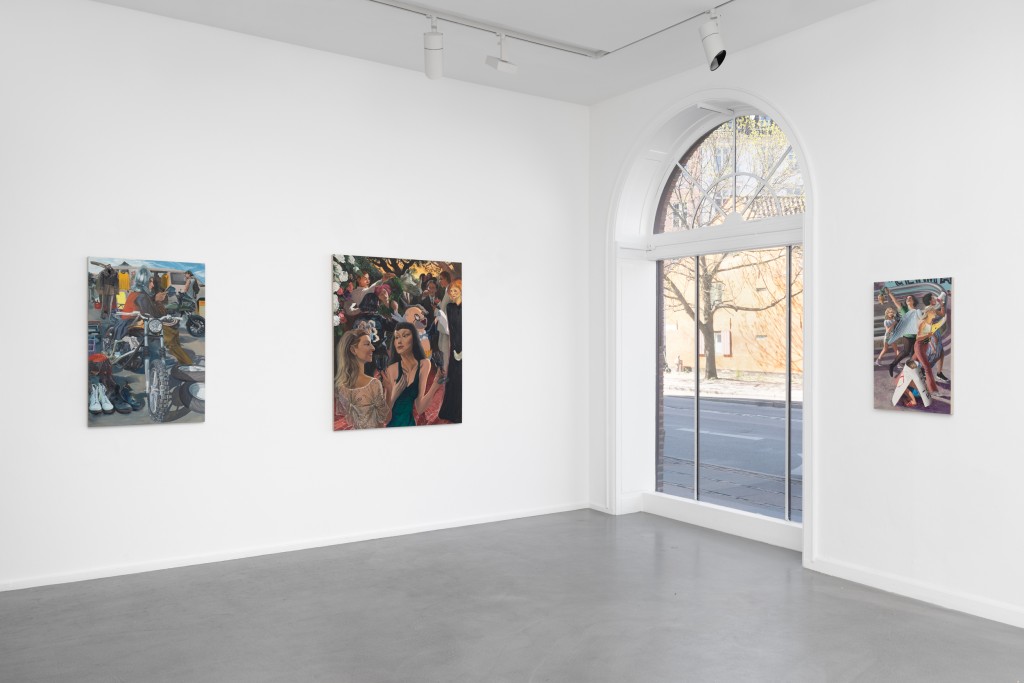 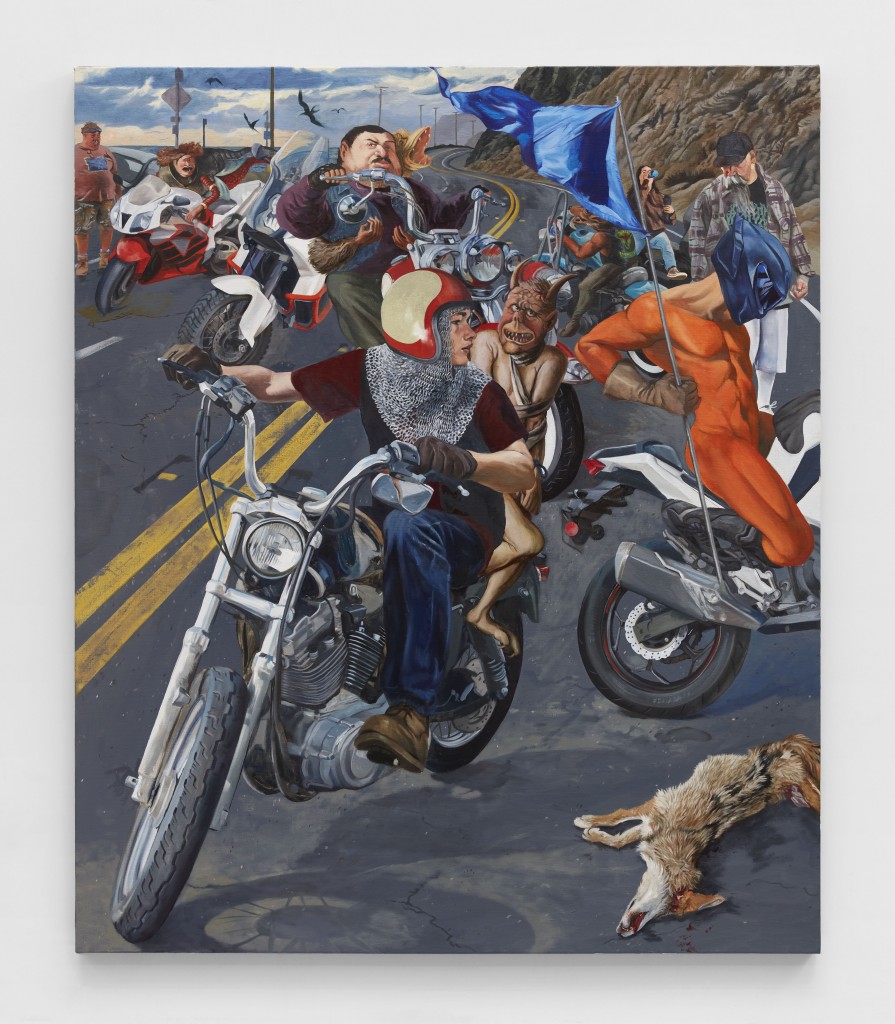 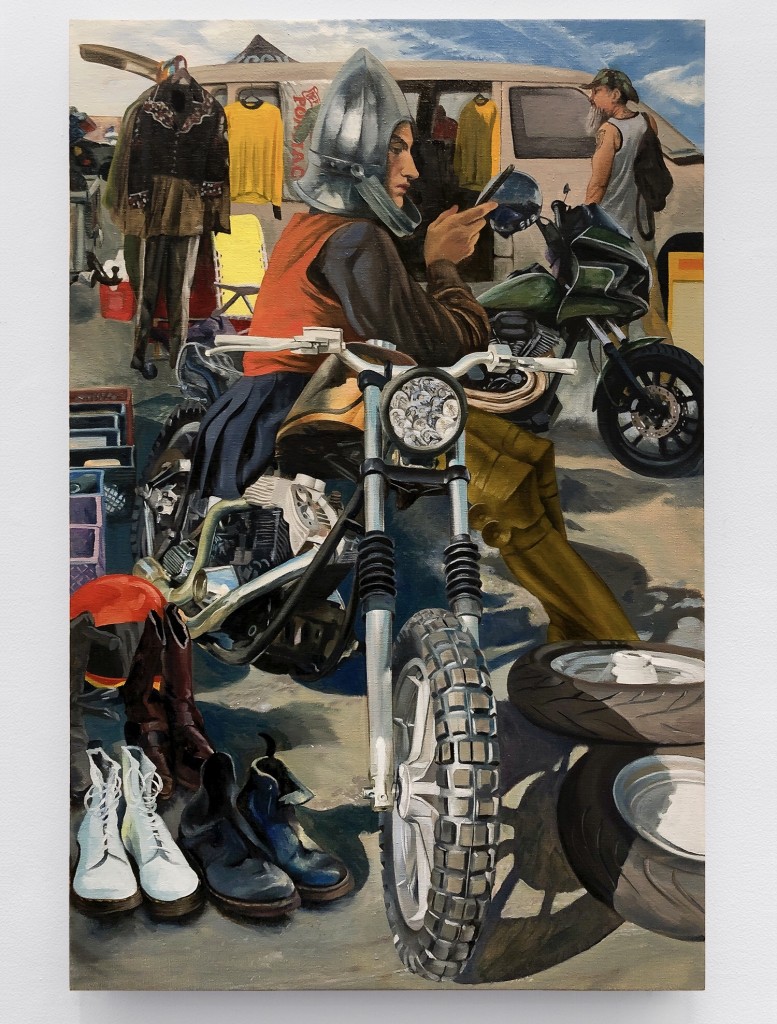 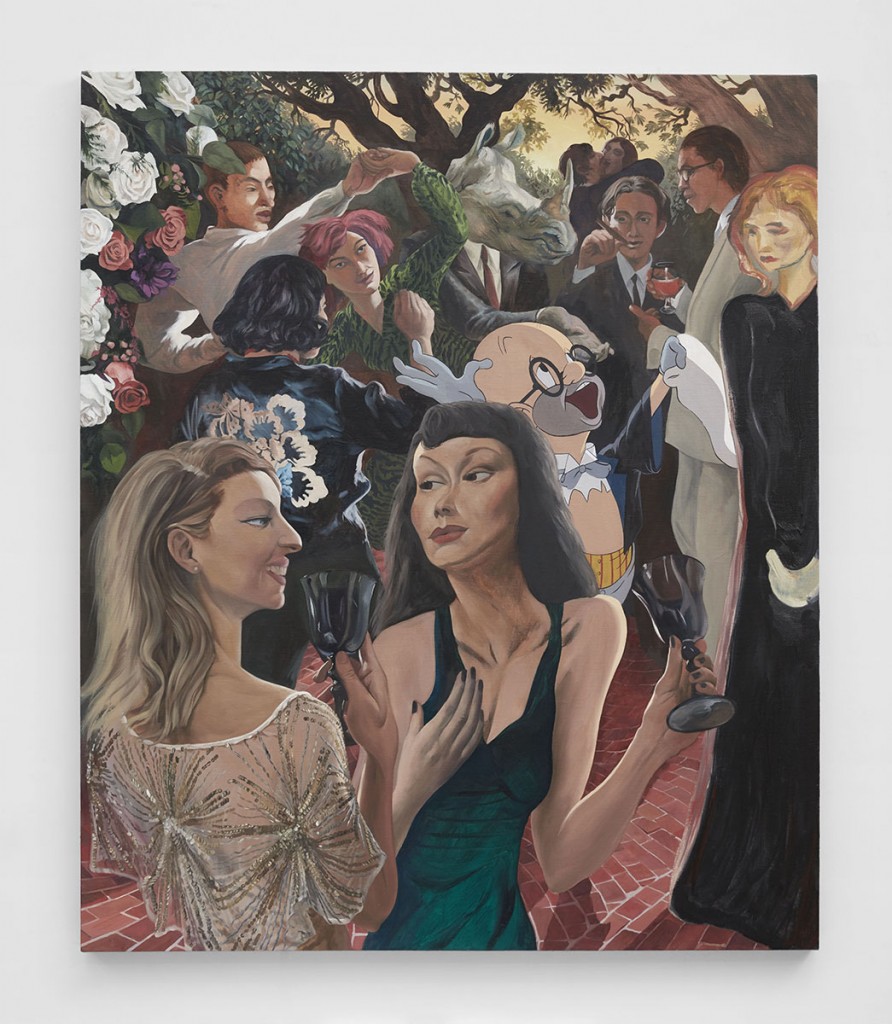 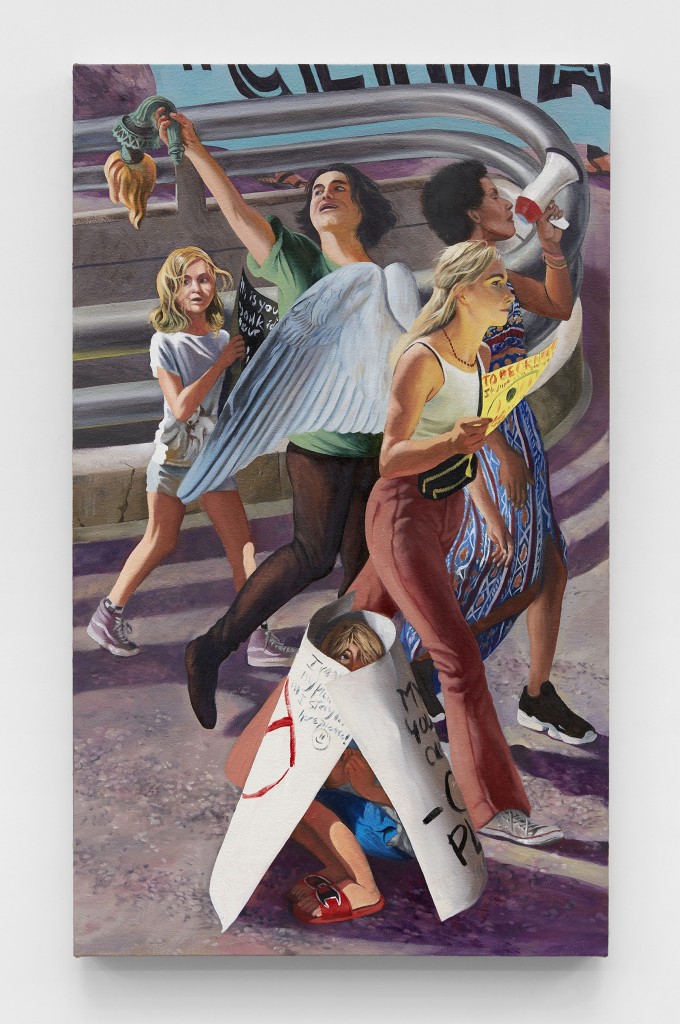 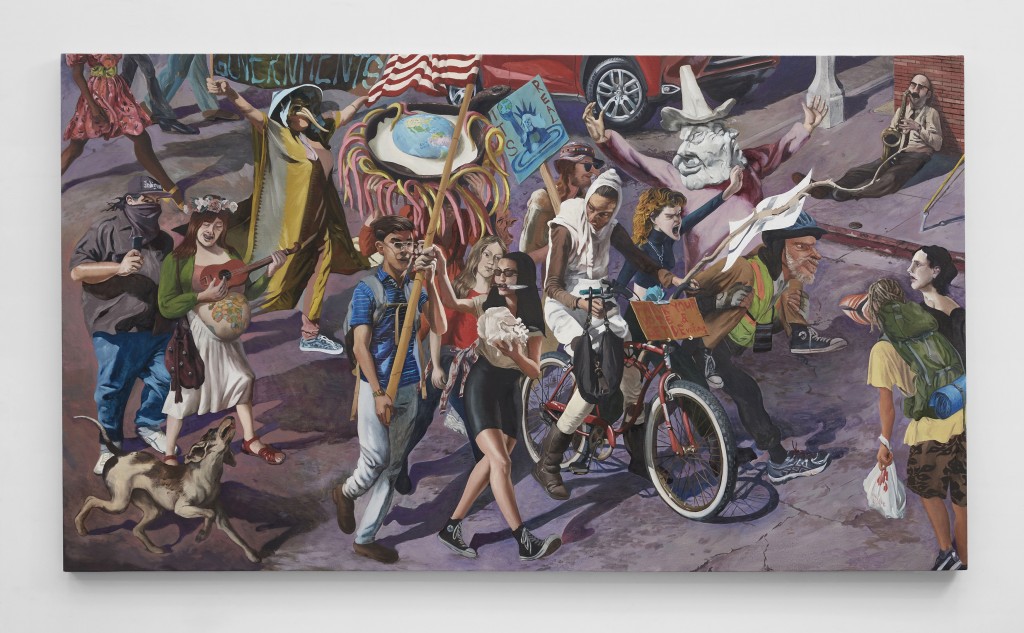 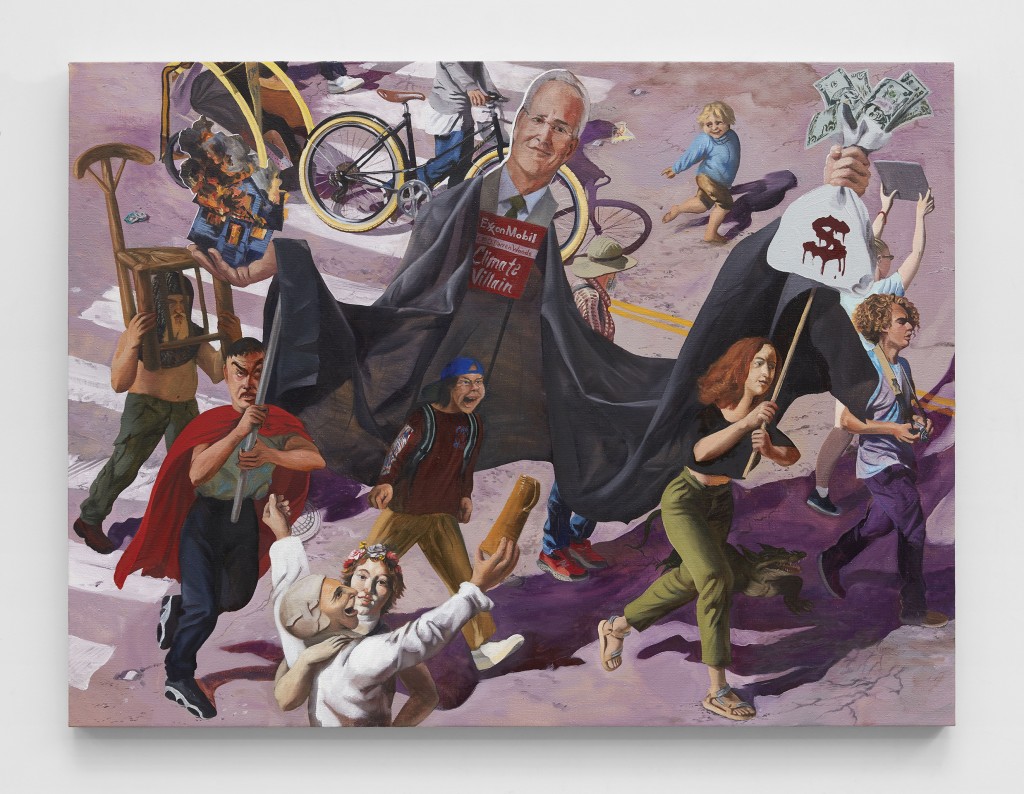 Collaborations by T. Asbæk and DM Office are pleased to present, What Can Smoke Do To Iron?, a solo exhibition by Los Angeles-based artist, Justin John Greene, his first in Denmark.

In this new suite of paintings, Greene continues his ongoing exploration of pictorial space and the social. It is an impulse that has yielded a keen interest in crowds, tracing the many unseen dynamics that define communal gatherings, from the anxious exchanges of nightlife to the socio-political undercurrents that converge in the all-American BBQ. Here, his public scenes emphasize their reach beyond the picture plane, basking in an expansive, carnivalesque mood that mixes the familiar with the fantastical. Drawing from imagery sourced from his personal surroundings (such as snaps from his recent wedding and the 2019 L.A. climate marches) as well as more allegorical imaginings (including references to heavy metal album cover art and fantasy illustration), Greene creates a sense of a world upended, drunk on its many histories while searching for a sense of futurity.

This tension is underscored by Greene’s approach to painting itself, which encompasses a wide array of stylistic approaches. To date, these have included elements parsed from film noir, muralism, postwar advertising and early 20th century American cartooning as well as New Objectivity painting of the 1920s and 1970s underground comix, including the subversive works of R. Crumb. Many of these diverging traditions share an element of social critique enacted through humor and the figure. Alongside this mix are also compositional nods to the Dutch and Flemish renaissance, particularly its interest in everyday peasant life and the inherent conflicts between earthly and heavenly existence.

The latter proves particularly resonant to our contemporary moment fraught by unease and uncertainty. For Greene, this only underscores painting’s ability to reenvision our world by depicting radical new possibilities – it is an almost ethical position that stresses the medium’s ongoing relevance to our present context. As art historian, T.J. Clark, writes of Bruegel’s “Land of Cockaigne” (1567) in his book, Heaven On Earth: Painting and the Life to Come: “its controlled un-seriousness is what allows it to think so deeply and humanely about what the material world consists of.”