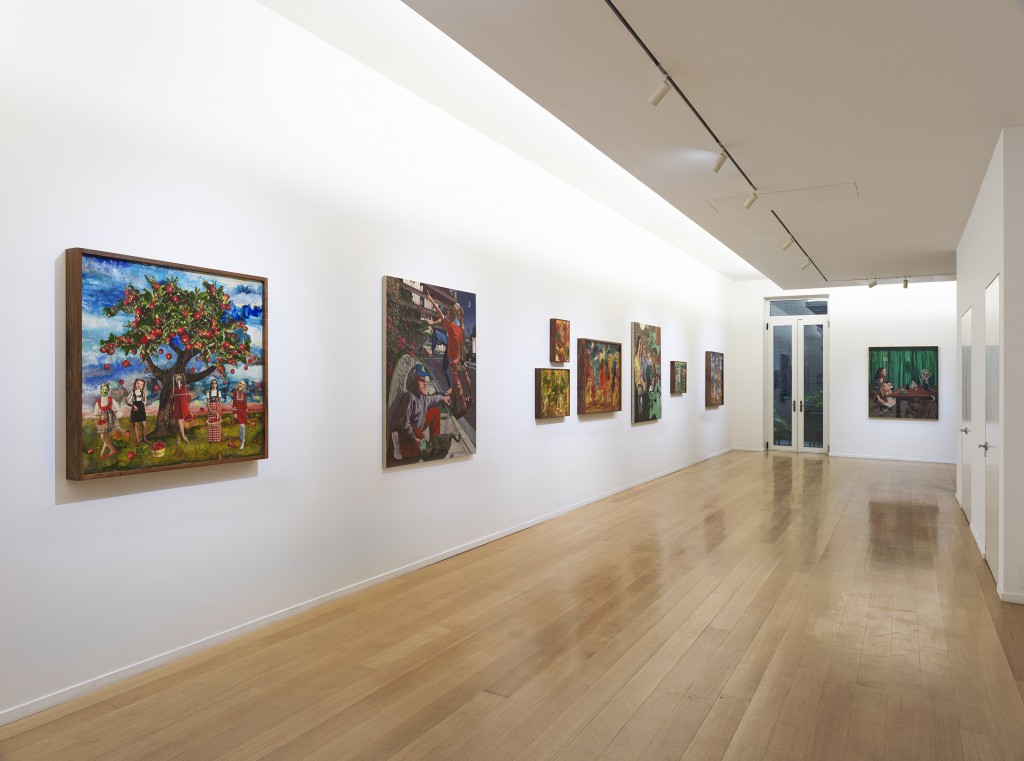 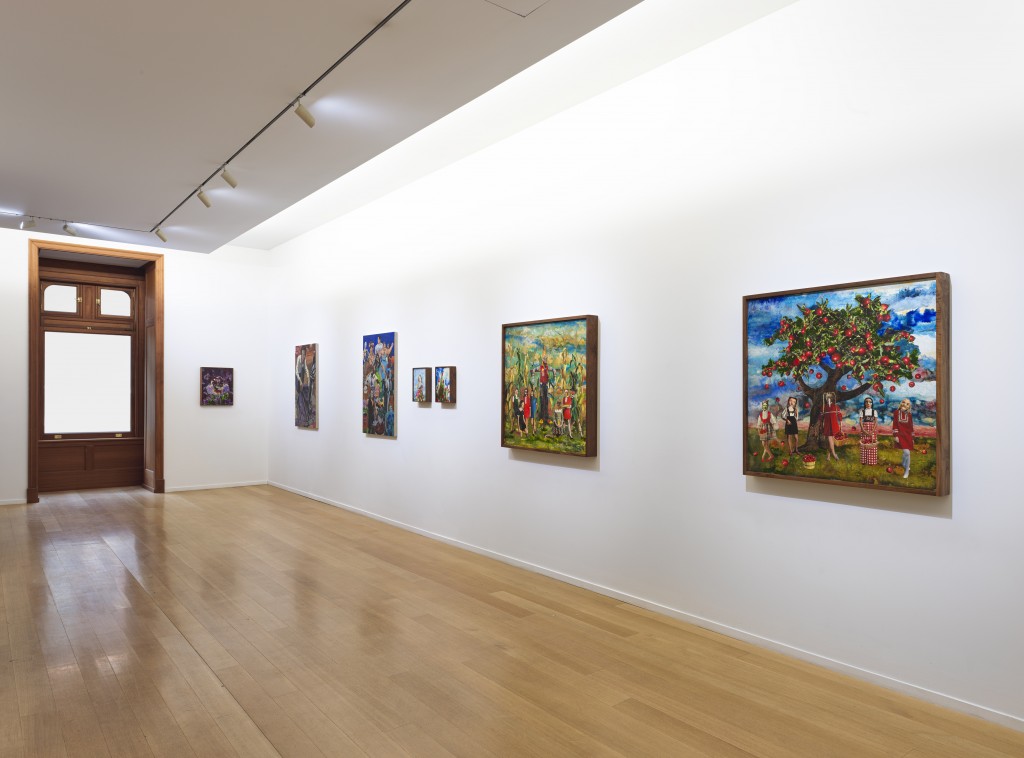 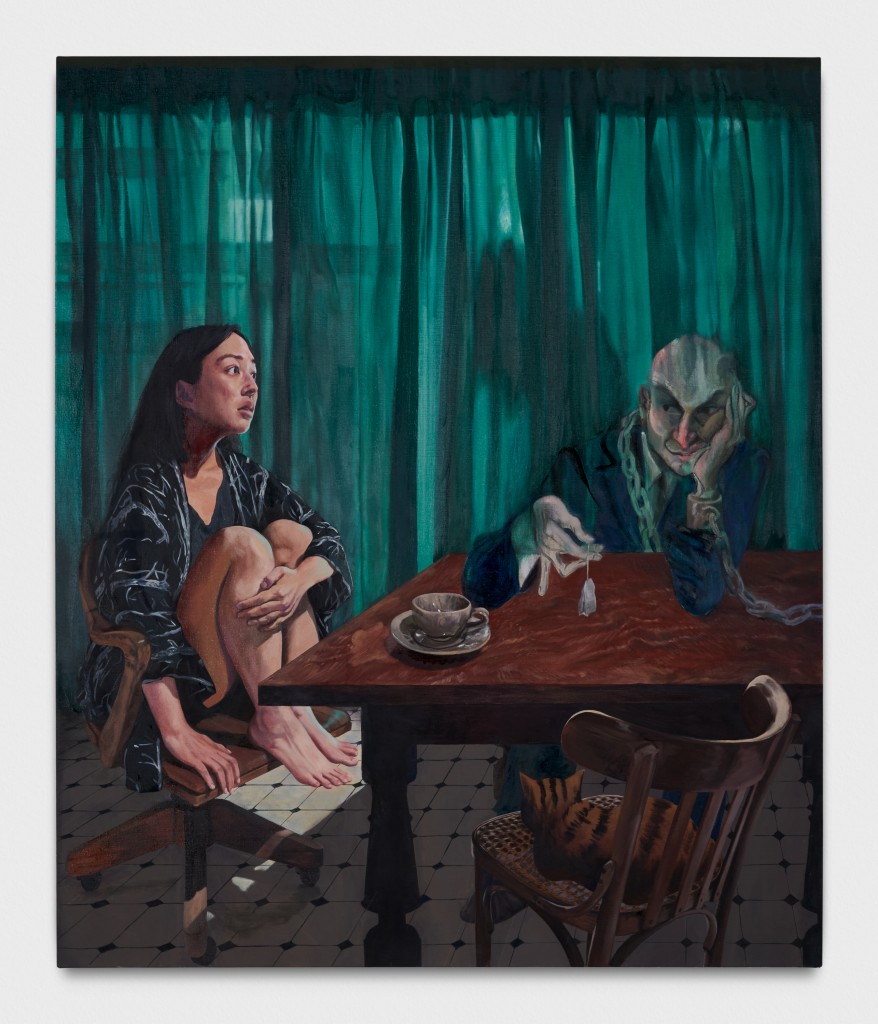 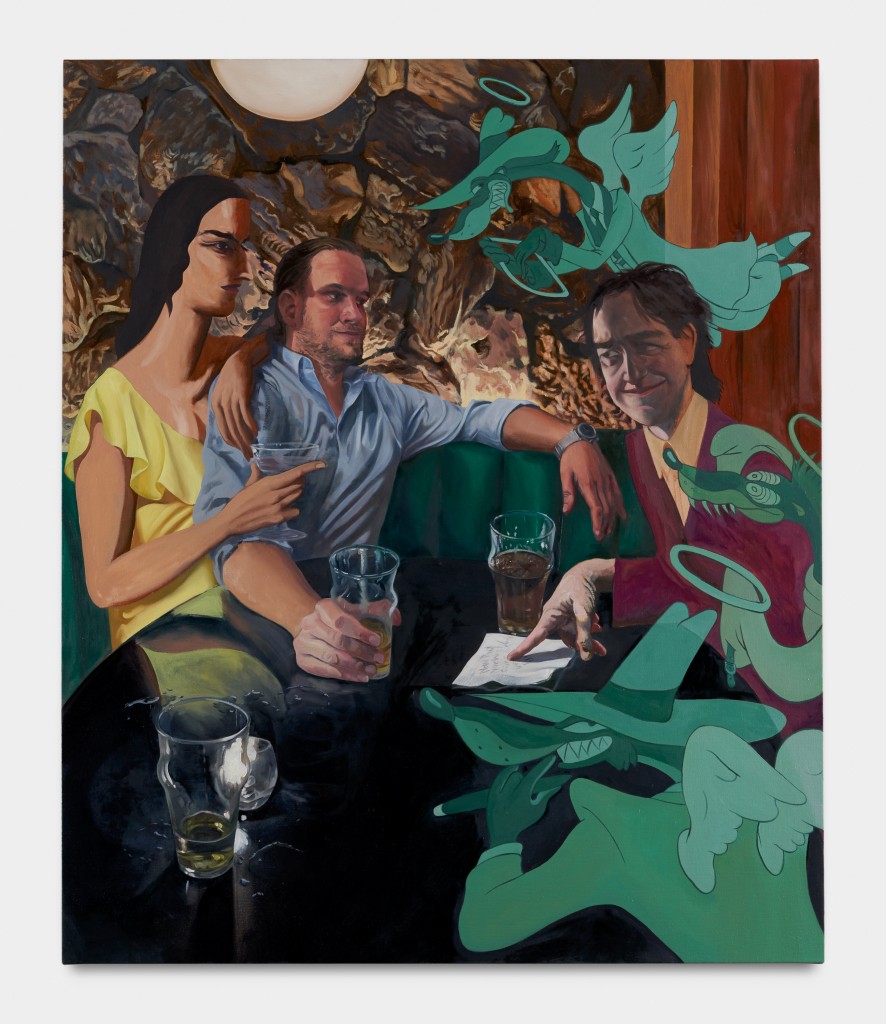 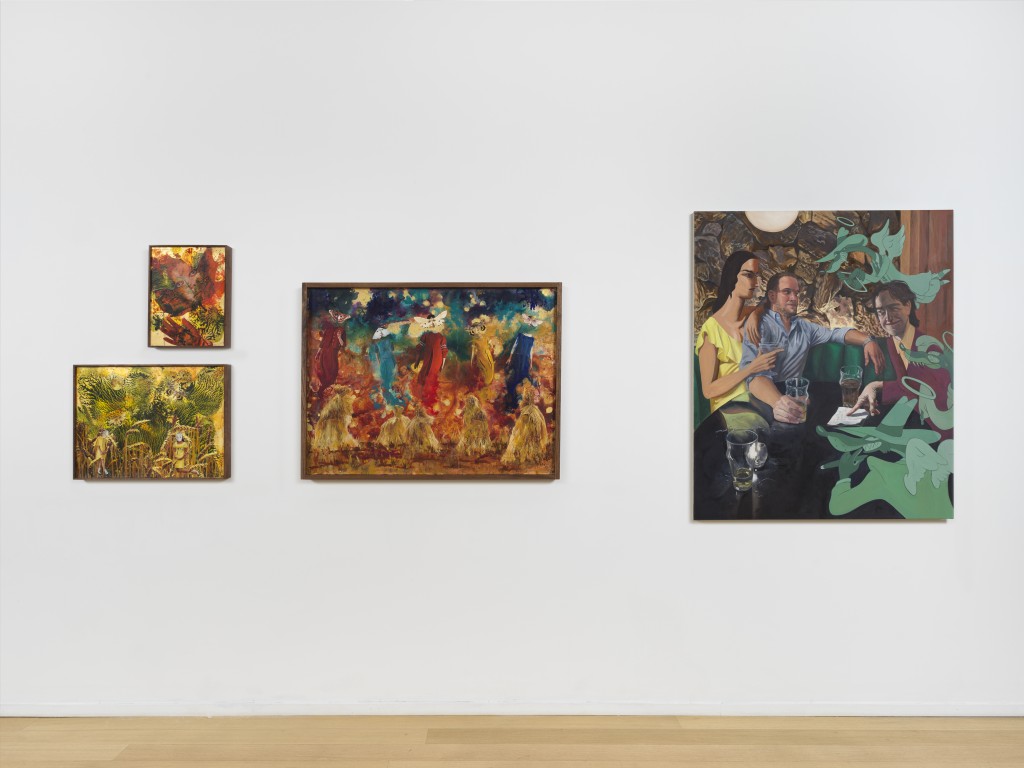 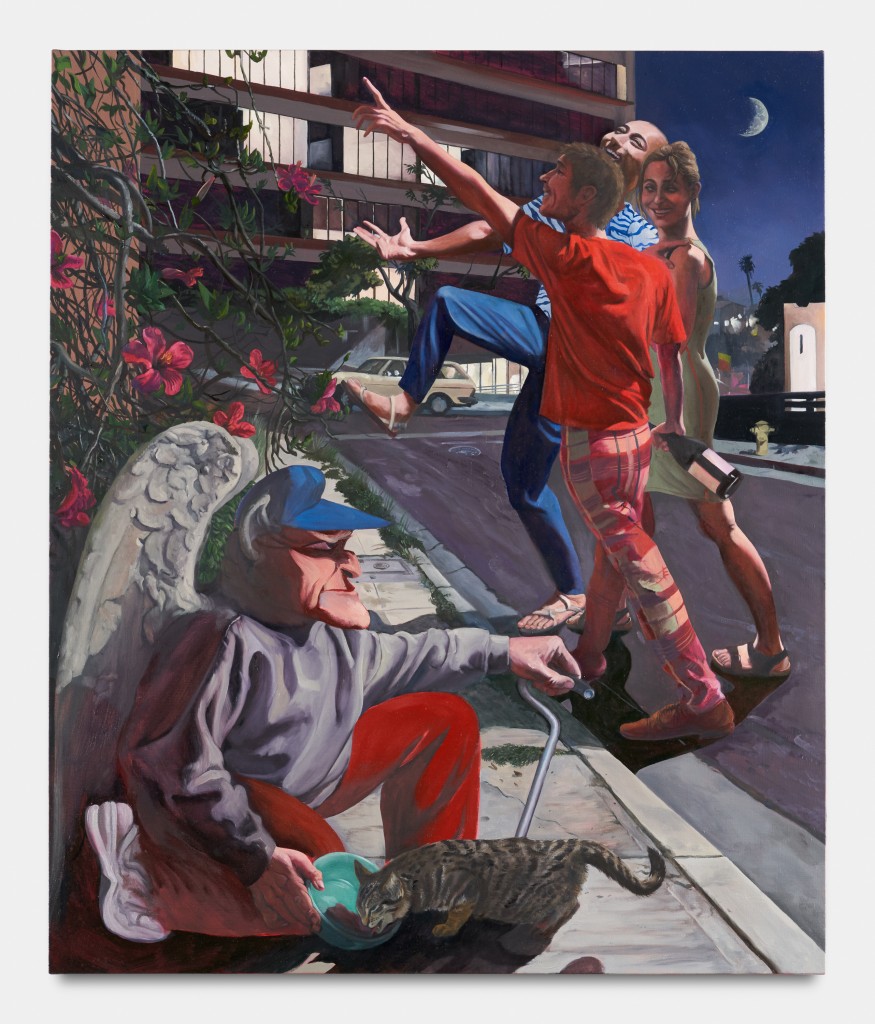 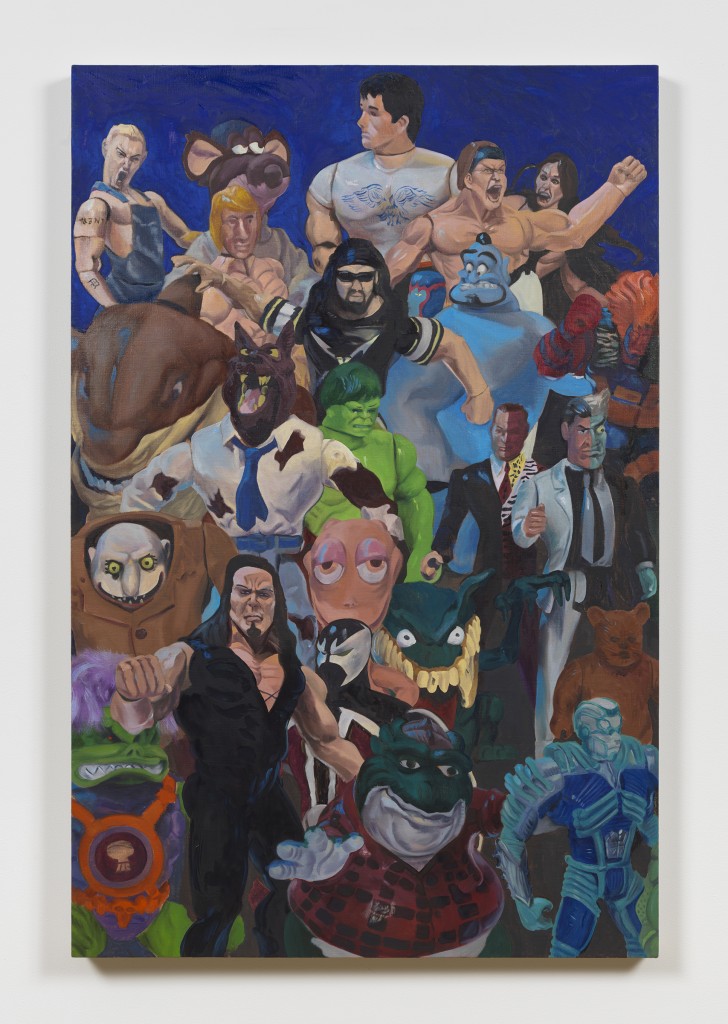 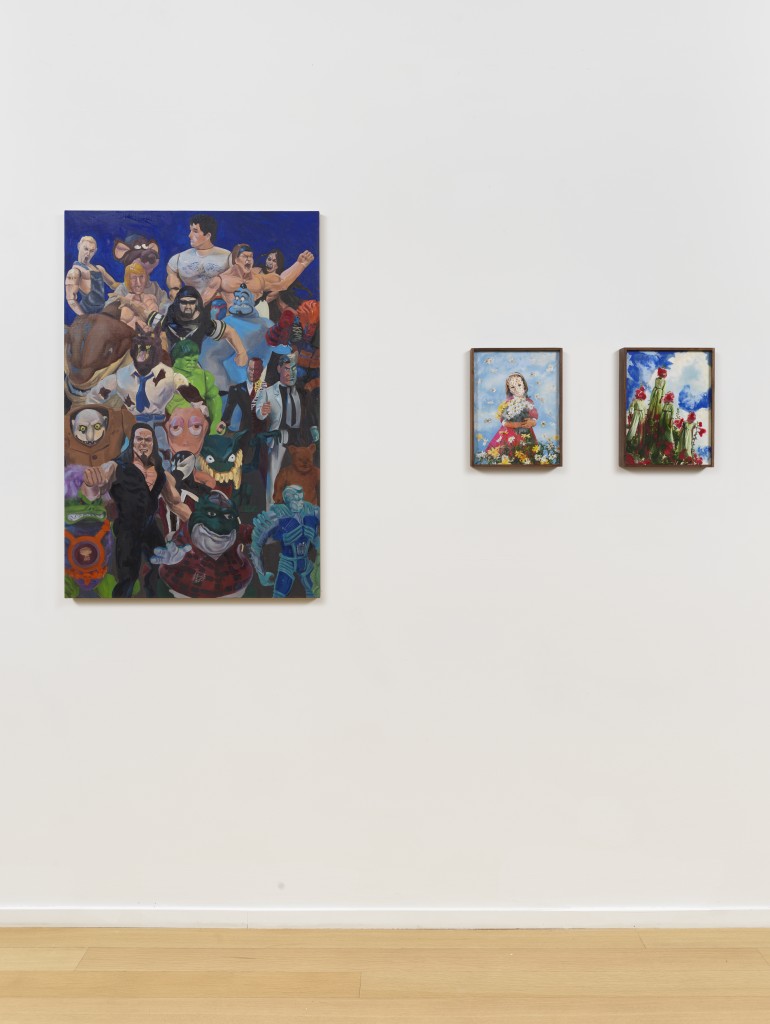 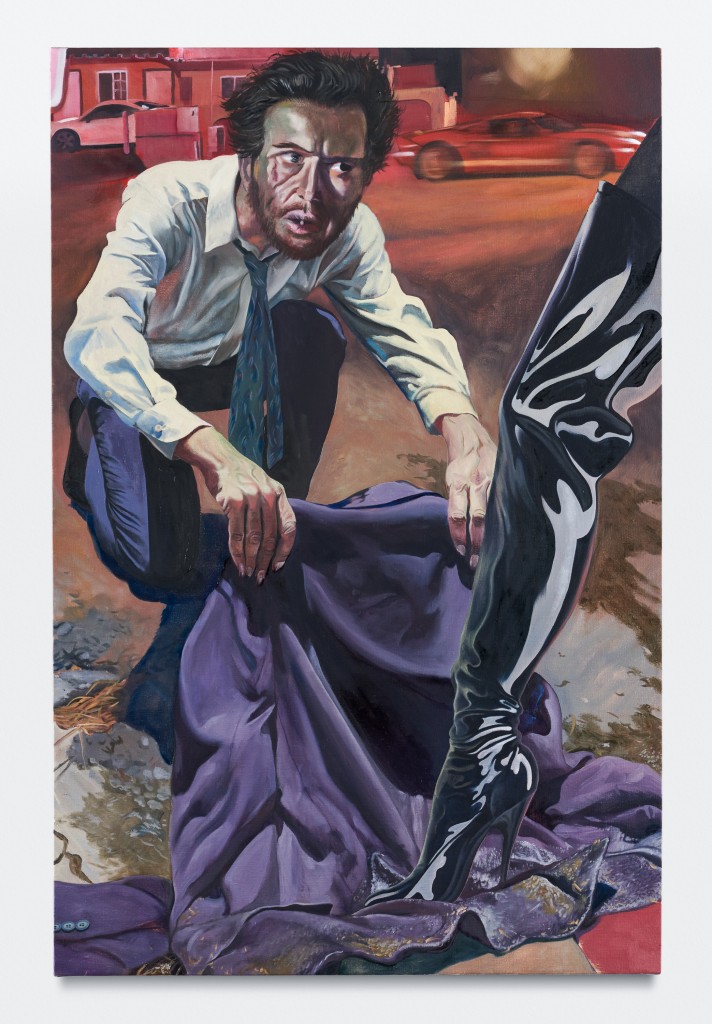 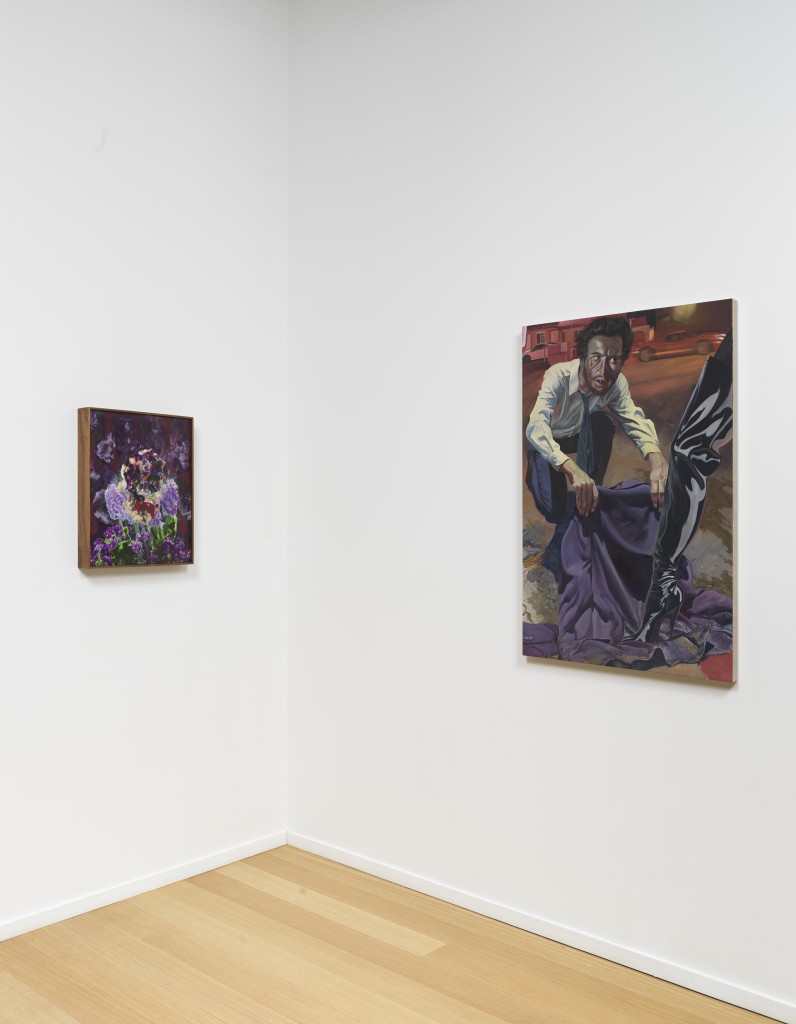 Simon Lee Gallery, New York, is pleased to present a two-person exhibition featuring the work of Los Angeles-based artists Marnie Weber and Justin John Greene. This occasion marks the first time Weber has exhibited at the gallery’s New York location, as well as the second time for Greene, whose work was previously included in the 2017 group exhibition An Uncanny Likeness.

The exhibition opens a dialogue between two artists of differing backgrounds and generational affiliations, who similarly interrogate latent aspects of the cultural imagination. Both deal in densely populated tableaus depicting archetypal figures engaged in surreal narratives, synthesizezing divergent aesthetic tropes into coherent, unified compositions. Weber draws her point of departure from Depression-era farm country, whereas the setting for Greene, is hyperactive, present-day Los Angeles. Both artists bring the gothic undercurrent resting just beneath the surface of American life to the fore.

Weber’s collages are culled from the same conceptual foundation as her sculptures, films, videos, and performances; they portray a folkloric realm overflowing with young maidens, witches, spirits, and anthropomorphized forms. Representative of these works on view is ‘The Corn Ritual,’ 2019, a scene in which young girls donning witch masks pose before a cackling corn-headed scarecrow, inducting us into their ceremony.

Meanwhile, Greene extends an ongoing thread running through his practice, concerned with the unrelenting demands of post-Fordist labor. In the nocturnal paintings on view, subjects stay up all night, carousing in the street or fretting over the dining room table. Here, Greene’s insomniacs are haunted by specters of the old order, evoking a sort of ambivalence on the part of the viewer. Could the curmudgeonly neighbor also be the sensitive caretaker of stray cats? Is Jacob Marley’s ghost a welcome house guest? Are we hallucinating?