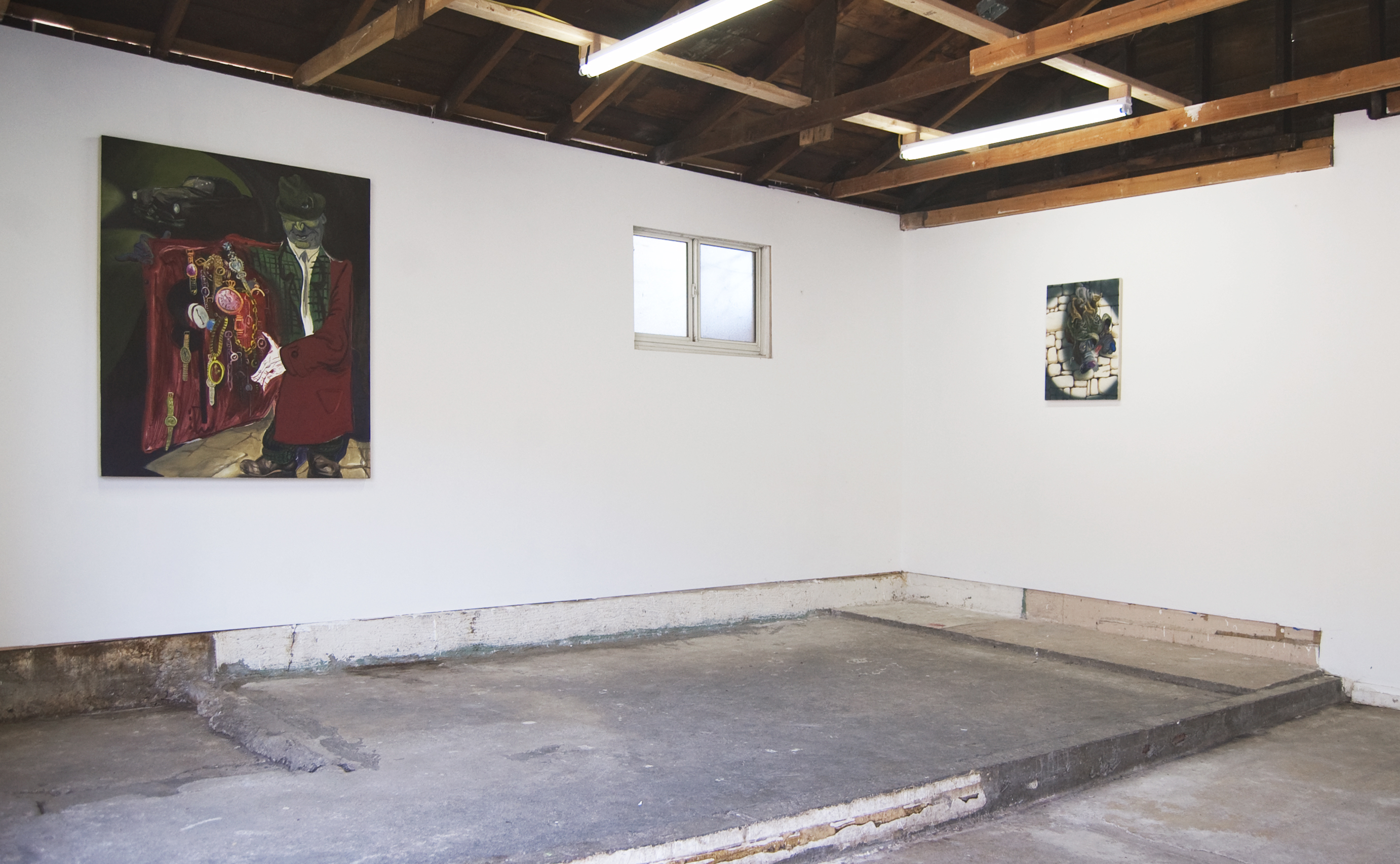 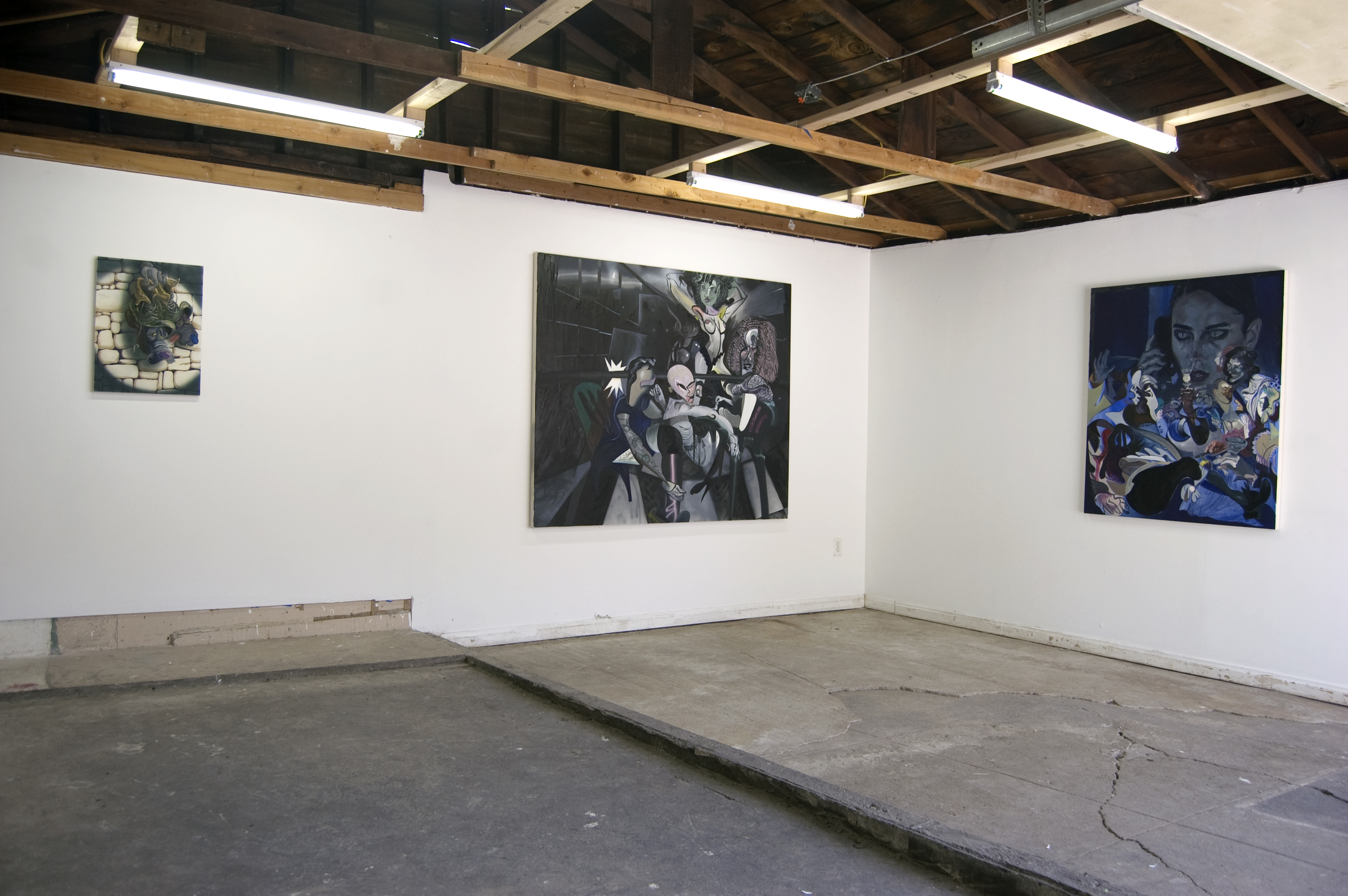 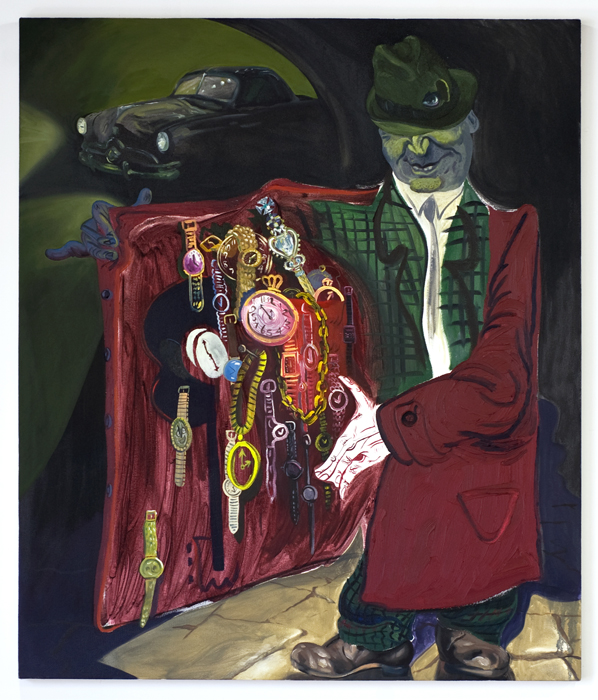 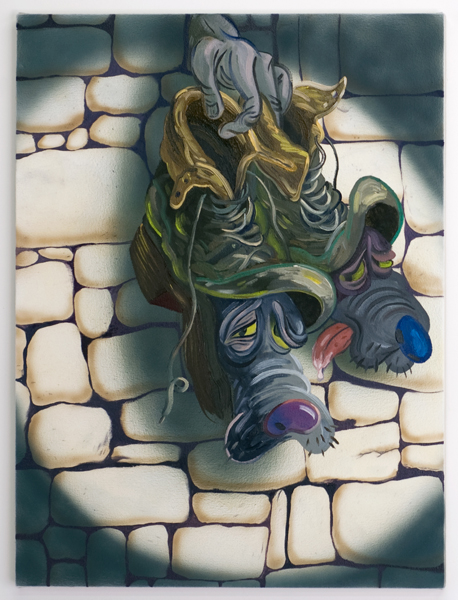 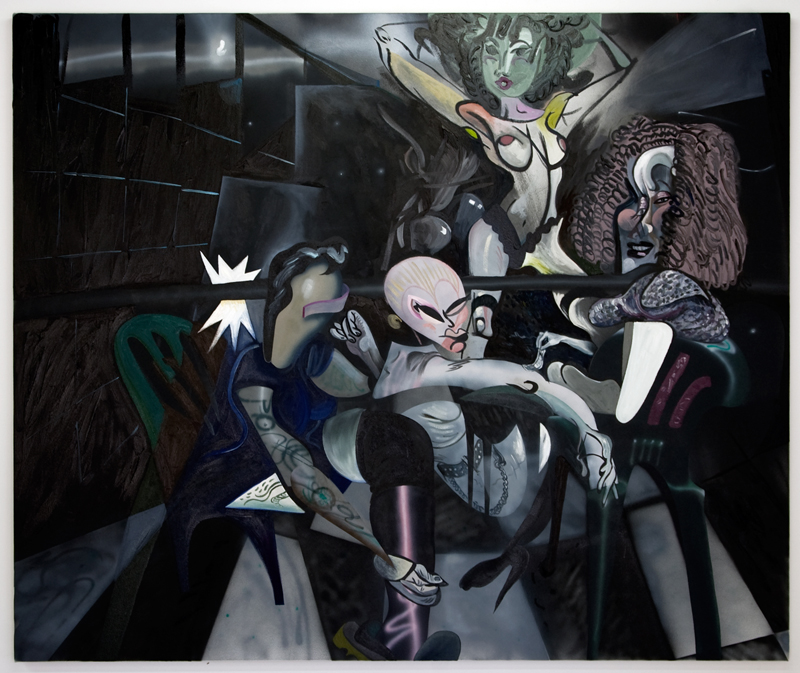 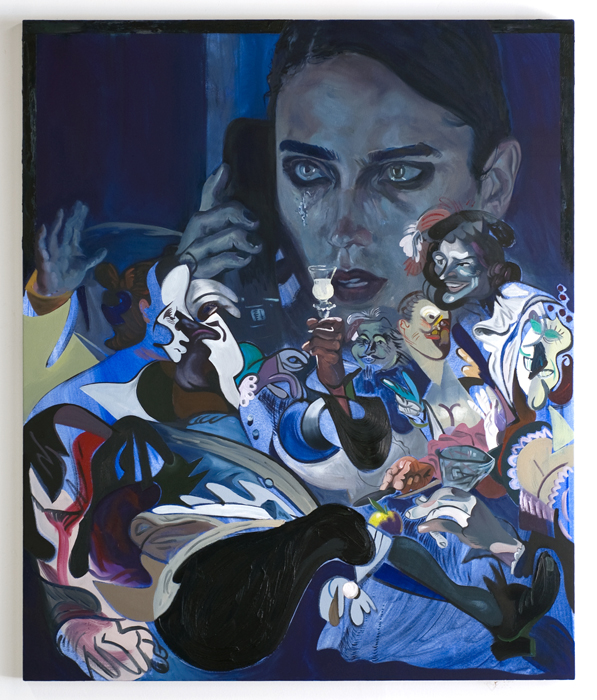 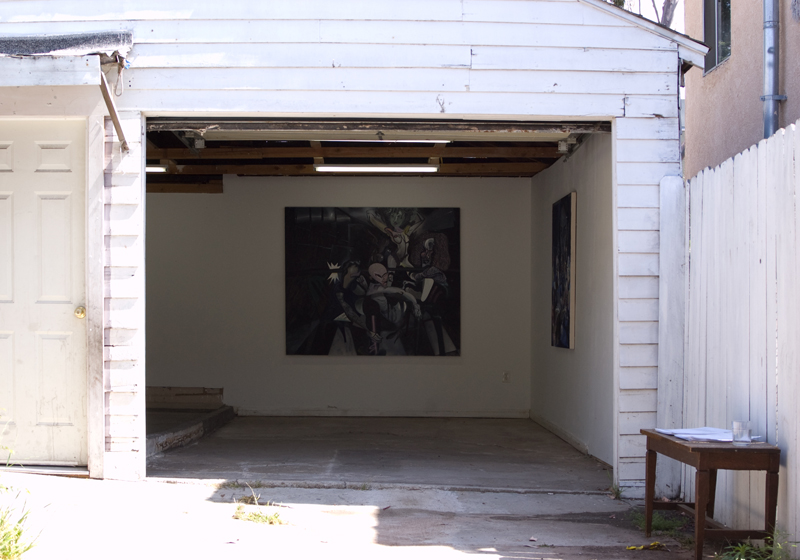 A raw deal is an instance of unfair treatment, an injustice, the shaft. Yet, it is a phrase that walks a thin line between tragedy and self-parody. “Raw deal” is an American idiom from the turn of the twentieth century, primarily used in reference to issues with money. Since its emergence, it has appeared in popular culture, surrounding melodramatic crime narratives. Its use as the title of two Hollywood movies, the 1948 Noir classic and the Arnold Schwarzenegger action film of 1986, are prime examples. This history has imposed a kitsch status upon the phrase, raw deal. The paintings in this show explore this line between suffering and silliness. Envisioning themes of economic adversity through a lens of cartoonish noir, the works are anachronistic tableaux that draw from a long history of depicting schemers and hustlers. Dark Baroque tavern scenes, pulp novel covers, and the sultry characters of German Expressionism all show their influence. Cartoons have a pervasive presence, not only as stylistic renderings, but as references to animation’s tradition of showing characters survive imposable odds, offering a laugh at the raw deals that life inevitably serves up.